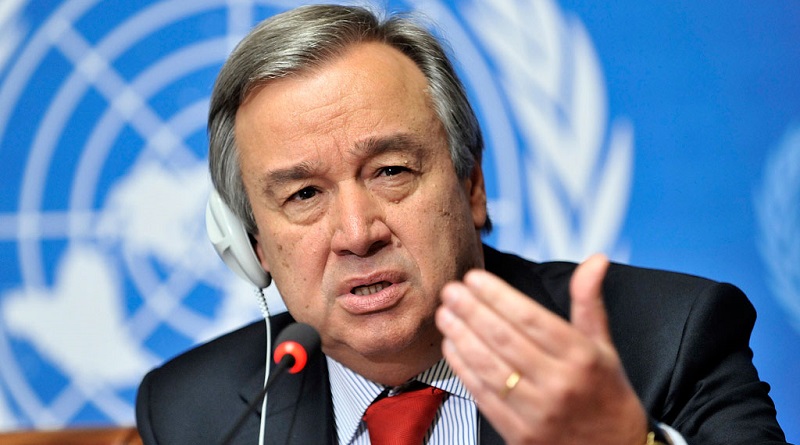 The following statement was issued today by the Spokesman for UN Secretary-General António Guterres:

The Secretary-General welcomes the adoption of the Treaty on the Prohibition of Nuclear Weapons, which is the first multilateral legally binding instrument for nuclear disarmament to have been negotiated in 20 years.The impetus for the Treaty reflects growing concerns over the risk posed by the continued existence of nuclear weapons, as well as awareness of the catastrophic humanitarian consequences that would result if nuclear weapons were ever used again.  The Treaty represents an important step and contribution towards the common aspiration of a world without nuclear weapons.

The Secretary-General hopes that this new treaty will promote inclusive dialogue and renewed international cooperation aimed at achieving the long overdue objective of nuclear disarmament. (UN, 07.07.2017)