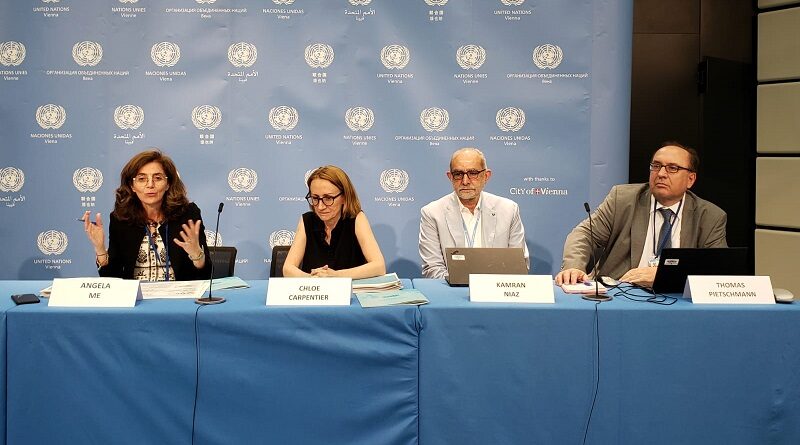 slider Top News
Juni 27, 2022Juni 25, 2022 drjosef
VIENNA, June (UNIS/HORNA)
Cannabis legalization in parts of the world appears to have accelerated daily use and related health impacts, according to the UN Office on Drugs and Crime (UNODC)’s World Drug Report 2022. Released today, the report also details record rises in the manufacturing of cocaine, the expansion of synthetic drugs to new markets, and continued gaps in the availability of drug treatments, especially for women. 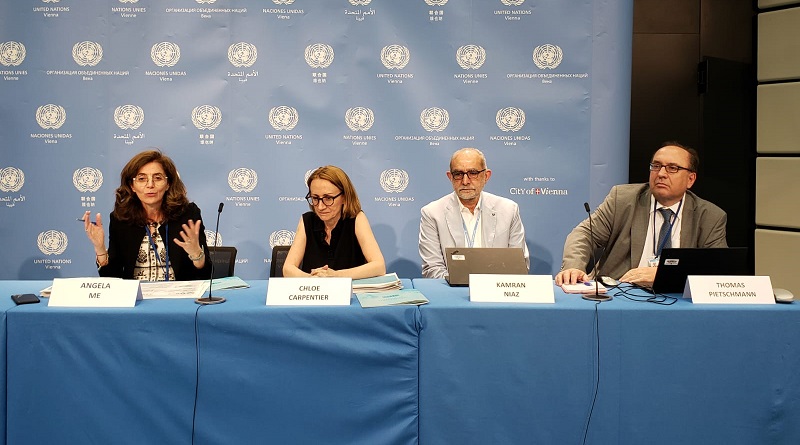 According to the report, around 284 million people aged 15-64 used drugs worldwide in 2020, a 26 per cent increase over the previous decade. Young people are using more drugs, with use levels today in many countries higher than with the previous generation. In Africa and Latin America, people under 35 represent the majority of people being treated for drug use disorders.
Globally, the report estimates that 11.2 million people worldwide were injecting drugs. Around half of this number were living with hepatitis C, 1.4 million were living with HIV, and 1.2 million were living with both.
Reacting to these findings, UNODC Executive Director Ghada Waly stated: “Numbers for the manufacturing and seizures of many illicit drugs are hitting record highs, even as global emergencies are deepening vulnerabilities. At the same time, misperceptions regarding the magnitude of the problem and the associated harms are depriving people of care and treatment and driving young people towards harmful behaviours. We need to devote the necessary resources and attention to addressing every aspect of the world drug problem, including the provision of evidence-based care to all who need it, and we need to improve the knowledge base on how illicit drugs relate to other urgent challenges, such as conflicts and environmental degradation.”
The report further emphasizes the importance of galvanizing the international community, governments, civil society and all stakeholders to take urgent action to protect people, including by strengthening drug use prevention and treatment and by tackling illicit drug supply.
Early indications and effects of cannabis legalization
Cannabis legalization in North America appears to have increased daily cannabis use, especially potent cannabis products and particularly among young adults. Associated increases in people with psychiatric disorders, suicides and hospitalizations have also been reported. Legalization has also increased tax revenues and generally reduced arrest rates for cannabis possession.
Continued growth in drug production and trafficking
Cocaine manufacture was at a record high in 2020, growing 11 per cent from 2019 to 1,982 tons. Cocaine seizures also increased, despite the Covid-19 pandemic, to a record 1,424 tons in 2020. Nearly 90 per cent of cocaine seized globally in 2021 was trafficked in containers and/or by sea. Seizure data suggest that cocaine trafficking is expanding to other regions outside the main markets of North America and Europe, with increased levels of trafficking to Africa and Asia.
Trafficking of methamphetamine continues to expand geographically, with 117 countries reporting seizures of methamphetamine in 2016‒2020 versus 84 in 2006‒2010. Meanwhile, the quantities of methamphetamine seized grew five-fold between 2010 and 2020.
Opium production worldwide grew seven per cent between 2020 and 2021 to 7,930 tons ‐ predominantly due to an increase in production in Afghanistan. However, the global area under opium poppy cultivation fell by 16 per cent to 246,800 ha in the same period.
Key drug trends broken down by region
In many countries in Africa and South and Central America, the largest proportion of people in treatment for drug use disorders are there primarily for cannabis use disorders. In Eastern and South-Eastern Europe and in Central Asia, people are most often in treatment for opioid use disorders.
In the United States and Canada, overdose deaths, predominantly!
slider UNCAV-Vize Präsident Siegele