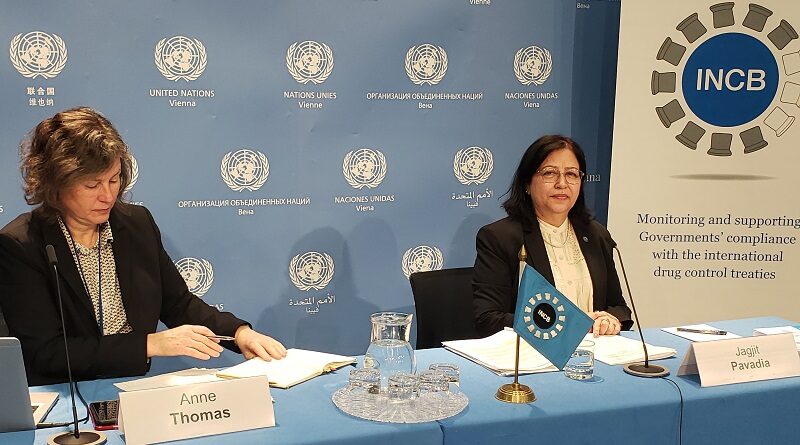 In its 2021 Annual Report, the International Narcotics Control Board:

– expresses concern about the wide negative impact that illicit financial flows related to drug trafficking have on society and development;

– finds increasing evidence of a link between exposure to social media and drug use as platforms offer new opportunities to buy controlled substances, glamourizing negative behaviour;

– remains concerned about regional disparities in availability of pain relief medication and calls on governments to equalize access; and

– warns of significant shortcomings in controls over the manufacture, trade and distribution of precursor chemicals, urges governments to improve regulatory frameworks.

VIENNA, 10 March (UN Information Service) – The International Narcotics Control Board (INCB) warns in its Annual Report 2021 that illicit financial flows generated from drug trafficking have a wide negative impact on society, diverting money from the economy, leading to social and political instability.

The 2021 Annual Report takes a detailed look at illicit financial flows related to drug trafficking and finds a far-reaching negative impact on society – from corruption and bribery to increased organized crime, violence, poverty and inequality.

The report highlights that millions of dollars are lost annually to organized criminal groups. The illegal outflow of capital is even more harmful for developing nations which have a great need for funds to promote economic growth and reduce poverty and inequality. In Africa, the cost of illicit financial flows is especially high with a detrimental impact on the development of many countries. An estimated 88.6 billion US dollars, accounting for roughly 3.7 per cent of the continent’s gross domestic product, is lost to illicit financial flows every year. This constitutes nearly the same amount as the combined annual inflows of official development assistance and foreign direct investment.

INCB urgently calls on governments to make illicit financial flows a priority and protect the funds and resources needed to implement the Sustainable Development Goals and to address the health, social and economic effects of the COVID-19 pandemic.

New technologies, like digital currencies, mobile payments and e-wallet services, have made the international transfer of funds easier and faster. They have also anonymized users and processes thereby creating new avenues for illicit financial flows. The Board warns that organized criminal groups have exploited these new technologies to hide the origins of illegal funds and maximize profits.

In its 2021 Report, INCB addresses the increasing evidence of a link between exposure to social media and drug use. The INCB President, Jagjit Pavadia, said: “The Annual Report finds that social media not only promote negative behaviours related to drug use by glamourizing those behaviours, but also offer users the opportunity to buy cannabis, prescription pain killers and other controlled substances on many platforms.”

This development is particularly important for young people, who are the main users of social media platforms and an age group with high rates of drug use. INCB calls on governments to take a more active role in regulating these platforms. The Board also calls on the private sector to moderate and self-regulate their platforms and limit the advertisement and promotion of the non-medical use of drugs. Jagjit Pavadia said: “It is therefore imperative that this be addressed not just for users now but for future generations who will come to use social media platforms in everyday life.”

Analyses of the overall consumption of opioid analgesics used to relieve pain confirm that there are still large disparities between regions. The INCB Report finds that nearly all consumption of opioid analgesics is concentrated in the developed countries of Europe and North America while consumption in other regions of the world is often insufficient, and the medical needs of those populations cannot be met. The Board calls on governments to do more to make medications sufficiently available and asks countries with greater resources to help countries with fewer resources in ensuring access to narcotic drugs.

INCB calls for collective understanding of concepts of decriminalization, depenalization and legalization

The INCB President, Jagjit Pavadia, said: “Numerous Member States have decriminalized and depenalized the use of cannabis for non-medical purposes. This has been interpreted by many entities as the legalization of the non-medical use of cannabis.”

To address this, in its report, INCB highlights the need for a collective understanding of the concepts of legalization, decriminalization, and depenalization in line with the drug control conventions. INCB emphasizes that balanced and proportionate responses to drug-related offences should be a guiding principle in criminal justice matters with respect for human rights and public welfare.

The President of the Board emphasized that “the legalization of the non-medical use of cannabis contravenes the drug control conventions.”

The INCB Global Rapid Interdiction of Dangerous Substances (GRIDS) Programme promotes the sharing of information between law enforcement authorities to prevent dangerous substances from reaching consumer markets. The reports set out how the Programme has strengthened investigations and facilitated international cooperation leading to seizures, arrests, prosecutions and disruptions of international trafficking networks. Public-private partnerships supported through the GRIDS Programme have resulted in hundreds of vendors of dangerous substances being removed from e-commerce platforms, reducing the availability of dangerous substances reaching the end user.

In its 2021 Precursors Report, INCB urges that national chemical precursors control and regulatory frameworks must be enhanced. An INCB survey conducted in June 2021 showed significant shortcomings in controls over domestic manufacture, trade and distribution in precursor chemicals. This lack of control allows traffickers to obtain precursor chemicals more easily on the legal market.

Non-scheduled chemicals, which can be used as alternatives to controlled precursors in the illicit manufacture of drugs, have now been encountered in all regions of the world. The Board stresses that the evolution of illicit drug manufacturing requires global action and that the proliferation of non-scheduled chemicals and designer precursors must be addressed. INCB continues to support and promote initiatives for global best practices related to industry cooperation on precursors. 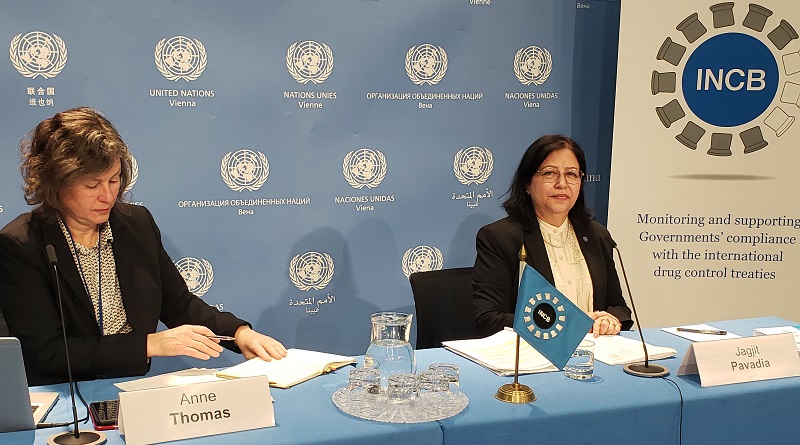 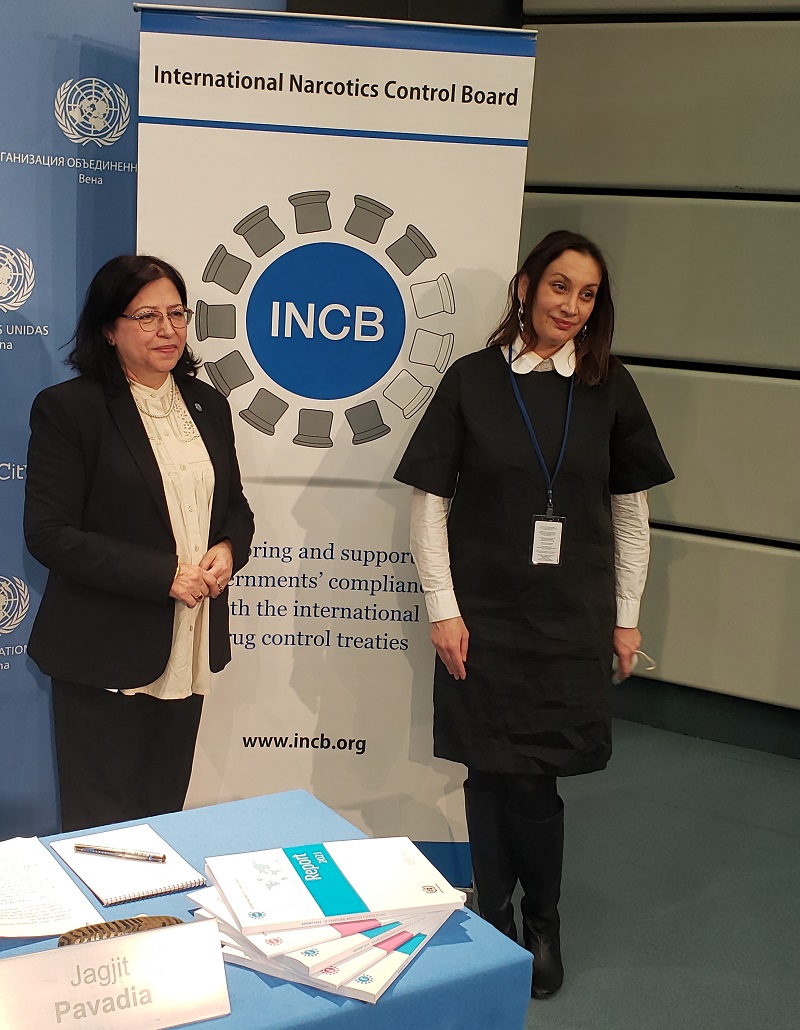